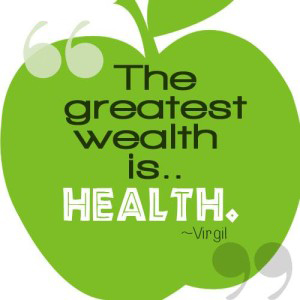 According to data collected by the World Health Organisation, high income countries tend to be more obese, are greater consumers of alcohol, do much less exercise generally and have a much higher risk of cancer than other lower-income countries, by comparison.

Denmark is rated the number one country for highest cancer risk, with the UK at number 22. This goes to show that cancer is closely related to lifestyle factors and is that there is therefore something that can be done to lower the risks and prevent many cancers from developing, including cancers of the breast, lung, mouth, colon, liver, bowel and prostate cancer.

It is envisaged that if we did something to change these lifestyle habits, in other words if we drank less alcohol, exercised more and followed a healthy diet plan with less fatty meats, biscuits, cakes, pastries and more fresh fruits and vegetables cancer cases could be cut by as much as a third. Some of the results may be slightly skewed by higher income countries being better able to diagnose cancer and better able to collect and organise the data they collect. But it cannot be denied that these countries also have the highest level of potentially dangerous lifestyle habits and this needs to be addressed.

Having said that, the higher income countries also have better screening facilities in place, more awareness among the population at large and in medical establishments generally and better treatments on offer once cancer is actually diagnosed. This has resulted in higher rates of survival than ever before. If it is diagnosed early enough, most people will survive.

In my opinion, however, prevention is definitely better than cure. Obesity leads to all kinds of problems, not just cancer, such as diabetes and bowel obstruction and it also puts a strain on the heart. Heavy drinking takes its toll on the liver which is the main organ for cleansing toxins from the body, so a damaged liver can lead to all kinds of complications from the toxins left in the body that cannot be cleared out.

Lack of exercise results in not enough oxygen going into the blood cells and this weakens them and makes it harder to fight off infections and other invading viruses. Cancer also thrives in a poorly oxygenated environment so the risk goes up as exercise goes down. All of these things can be addressed. Simply limit your consumption of alcohol to a level that the liver can manage, eat fresh foods, leaner meat and less pastries and exercise just 20 minutes a week.